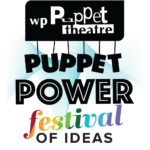 Like Joseph.
Joseph is one of a busy family of six children. He made a wooden spoon puppet representing his mother. He wishes he could have more of his Mum’s attention.

Like Barb.
Guided 60 grade 2 students to make over 100 puppets, all with their own individual personalities, and produce movies such as “Nicolas Makes Fun of John” and “No Standing on Chairs in the Lunchroom”.

Highlights of past events: ** Existentialism: A philosophical inquiry concerned with the experience of being a thinking, feeling, acting, living human. Examining existence. Questioning the meaning of life.

The year 2020, suggested a special time for clarity to examine some of the existential considerations of our time: Climate Action, Artificial Intelligence, Culture & Identity and Hope & Human Agency.

Then a new existential event brought even greater urgency to examine our vulnerabilities and spurred our decision to offer our biennial conference 100% online. 2018: STORY: The very successful weekend inspired, galvanized, encouraged, and mentored over 150 attendees to think deeply about ‘story’, and experience the transformative power of all things, living and non-living, to tell stories – including stories and songs that have been told on this land for thousands of years by our first peoples.