Exploring the complicated relationship of puppets, Indigenous peoples and the Queen within the context of celebration.

On the occasion of WP Puppet Theatre (WPTS) receiving Canadian Heritage funding and celebrating Indigenous and Canadian culture in response to the Queen’s Platinum Jubilee.

Humans are social creatures and celebration is an ancient and often times, political, ritual. Celebration is is a way to collectively feel good about ourselves and commemorate our accomplishments. And yet, ‘celebration’ can be provocative and often some people can feel left out or don’t/can’t/won’t participate for a variety of reasons. Even if it is a personal ceremony we can feel conflicted. Birthdays frequently come with vows to start afresh and regrets of things undone. And every birthday party performing puppeteer has seen a birthday child overcome with tantrums at their own party.

Puppetry has a long history of inclusion in political activities. The World Encyclopedia of Puppetry reminds us of Kasperle and early 1900 ’s socialist agendas, Wayang puppetry in Javanese propaganda and USA Bread and Puppet 1960 ’s anti war protests and much more. Current puppet theatre around the world continues its (anti) celebration, subversion, indoctrination, edification or agitation on a wide array of social issues. WPTS ’s Puppet Power conferences have explored many of these social justice issues over our last 10 iterations; our 2022 event is no different.

We confirmed that our 2022 Puppet Power: Festival of Ideas would ‘examine the role of puppetry in celebration’. This was in response to many people’s reactions to Canada Day, a national, state-sponsored Celebration. Instead of picnics and fireworks many folks were hanging flags upside down or wearing orange shirts, focusing on the painful parts of our colonial history. If one defines a ‘puppet as a symbol’, these actions, with items imbued with more meaning than they literally have, is akin to puppetry arts.

Another conflicted occasion takes place this May. The Queen’s Platinum Jubilee celebrations come at a time when Canadians are “coming to terms with part of our darker history, in particular a national effort to reconcile the country’s relationship with Indigenous peoples. This period also covers a time in which a concentrated attention to address overt and unwitting racism has led to efforts to be a more equitable nation”. (1)
(1) John Fraser and Nathan Tidridge , wrote in a Globe and Mail article (January 1, 2021)

At WPTS we see this as an opportunity for discussion and discovery. We’re not even close to being experts –  we’re on our own journey of learning – but here we share the resources, links, that we’ve found and personal actions we’ve committed to.  We welcome your thoughts too.

Puppets in Ceremony + Calls to Action

We are very excited to see Hatchling at the Jubilee celebrations. She is a ceremonial dragon puppet the size of a double decker bus made by outdoor arts producers Trigger of Bristol. Apparently on Sunday, June 5, outside Buckingham Palace, London, England, the Hatchling will help people celebrate freedom after these recent years of Covid isolation, and unfold her wings to fly from a cliff top and over the sea. She’s the largest puppet ever to be operated solely by humans, with a team of 36 puppeteers rotating in teams of 15. Check it out!

Puppets have been used in rites and rituals since their very inception. Archeologists have found articulated figures (puppets) across the world and vestiges of the ancient ceremonies are still preserved in some puppetry traditions. Historically puppets have been used in ancestor celebration and creation myths, as instruments of healing, at festivals to invoke rain before a harvest or to bring for blessings and benevolence to a family or community.

Many times, a journey becomes a ceremonial activity – think of epic quest stories like Homer’s Odyssey or Indian Horse by Richard Wagamese. Sometimes it’s the trip itself like the “Live the Journey not the Target” meme. Sometimes it’s all about the finish line.

Little Amal, Arabic for “hope”, is another large puppet whose ambitious trek in 2021 embodied an urgent message: “Don’t forget about us.” Organized by the British Good Chance theatre company, it aimed to draw attention to all displaced children and refugees across the globe.

The Orange Shirt Day was created to raise awareness of the individual, family and community inter-generational impacts of Indian Residential Schools. It encourages and supports community reconciliation events and activities. “Every Child Matters”.

1) Request to display the beautiful NCTR logo to share on our website together with its message
2) Reach out to a local organization marking Orange Shirt Day and see how we can support through a puppet program or project.

The Crown and the First Nations people

The relationship between First Nations and the Crown shifted to Canada when the country patriated its Constitution in 1982, but many agree there is still a strong connection between First Peoples and the Queen.
Our research included three sources that speak of this connection, and suggest education, responsibility and personal reflection is important.

Bill Erasmus, a former Dene national chief, voiced his frustrations during the Queen’s visit to Yellowknife in 1994. He said the federal government hadn’t honoured treaties signed by previous monarchs and that had “tarnished” the Indigenous relationship with the Crown. “Our treaties are directly with the First Nations and the British Crown, and so it was very important for us to reconnect and to remind the Crown of the original provisions, the obligations, the promises and the spirit and intent behind the original treaties.” From an article first published in The Canadian Press on February 2022.

Nathan Tidridge, M.S.M is a Canadian author and teacher who has written many books and articles exploring the Crown in Canada, including its relationships with Indigenous Peoples, as well as Canadian identity and local history.  He states, in a video on his website, that “it is a long-standing historic relationship that goes back far beyond Confederation that (many) Canadians don’t understand.” He urges bringing people together for genuine dialogue, listening and education. Tidridge says “It’s the people of Canada’s responsibility because we are the ones that make government accountable, if reconciliation is a long-term goal and part of the identity of this country, it needs to be entrenched in our national consciousness so that no government can come in after an election and completely change track.”

Loretta Ross is the Treaty Commissioner for Manitoba. The Grassroots News – a Manitoba Anishinaabe newspaper – quotes Loretta “all Manitobans and Canadians have a Treaty story. We all came from somewhere; we just need to reconnect to our personal histories and find the threads that connect us to the first time we came to the First Nations ancestral lands in what is now Canada … My question to people is ‘Do you know your Treaty story?’ It is a conversation starter. It is a reconciliation question”.

1) Respond to Ross’s question – do we know our own story?
2) Learn more about intersectionality, privilege, and identity 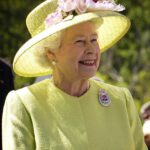 We honour and acknowledge Queen Elizabeth II herself, her contribution to the global community and her life lived in service,  not with standing the complex relationship that Canada has with the British Monarchy. Her example encourages others to volunteer and serve their communities. We understand she is is involved with over 600 charities and non-profit organizations — bringing recognition to their achievements and contributions and to persuading other people to join.

The Royal website has a wealth of history about the Queen – from her unexpected accession to the throne in 1953 to listing her hundreds of charitable causes.

Sign up for the all things royal newsletter The Royal Fascinator by CBC journalist  Janet Davidson.

An article in the independent e:zine “The Conversation” questions Britain’s past role in slavery and colonialism. Does toppling statues achieve the goals of reparation? Or reconciliation? Does renaming bridges, schools? Burning books?

1) Continue learning about repairing historical injustices and the inherent legalities, politics, ethics, societal , right and wrong, education, right and wrong, privilege, equity, worldview and much more.
2)Think deeply about personal actions that can be taken.

There are many ways to support and respect Indigenous culture. Listening and learning is forefront. We recommend CBC’s website “Beyond 94”, where the status of each Call to Action is followed, as well as summaries explaining those status reports. It also has short video documentaries that tell some of the community stories behind the calls to action.
We’ve also found the Canadian Reconciliation Barometer website, which, guided by the concept of seven generations, is measuring our countries progress on reconciliation.

In WPTS operations we are excited that Sandra Lamouche will share her hoop dancing with us at our Family Festival Day  on May 23, 2022. To see her perform live and in-person is a joy. We’re also piloting translating two PP22 session transcripts into CREE. Many thanks to Blue Quills University for taking on the contract. Practical ways of support include commerce – we are pleased to purchase speaker thank you gifts from Indigenous retailers like Moonstone Creation.

Finally, we recognize the importance of digging deeper into our Land Acknowledgements, speaking from our own voices and hearts and that this is part of the reconciliation journey.  According to the University of Saskatchewan website, this historic practice has been “a way for visitors … to recognize the strength and wisdom of the place that has given rise to the people who are of that land and it invokes the spirit of that place to support your good intentions. By recognizing the intimate relationship between the place and people, you are demonstrating that you understand what is important and that you are trustworthy.”

True North Aid website outlines a number of ways to support First Nations from watching and learning from Indigenous Film and Television like APTN to listening to Indigenous music e.g., A Tribe called Red. They also encourage reading Indigenous literature, donations, volunteering and above all listening.

Coursera hosts a highly recommended FREE MOOC course offered by the University of Alberta that explores the different histories and contemporary perspectives of Indigenous peoples living in Canada.

Cultural Survival advocates for Indigenous Peoples’ rights and supports Indigenous communities’ self-determination, cultures and political resilience, since 1972. Their work is predicated on the United Nations Declaration on the Rights of Indigenous Peoples.

Puppet Power – an opportunity to support understanding and learning in the path of reconciliation.

Puppets provide a creative platform to express controversial and significant social issues. They can help modern minds to find effective and unique ways of generating fresh ideas and working collaboratively. Puppets can be a catalyst for thought-provoking experience and conversations that lead to new ways of perceiving contemporary life and its many social and cultural challenges.